Broken Bone? Do Not Delay… See a Doctor to Possibly Save Your Life!
by Melissa Halsted

“Children, you are very little, and your bones are very brittle; if you would grow great and stately, you must try to walk sedately. ~ Robert Louis Stevenson


A broken bone can lead to stroke or possibly death… even a broken toe. Yes, you read that correctly. How many times have you known someone who suspected that their toe was broken and decided to just tape the hurt toe to the one next to it because that’s all the emergency room would do anyway?

My husband was recently gallivanting around the yard like a boss when he discovered a huge limb blocking a dirt road which is used by our neighbors. In good neighborly fashion, he decided to remove the branch by throwing it into a ravine when his slippery soled shoes betrayed him and he fell. He didn’t notice right away but within minutes his middle toe became numb, inflamed, and a horrible shade of purplish black.

When he told me he broke his toe, at first I didn’t believe him because he was so nonchalant   and matter of fact about it. Even after I believed him, I wasn’t concerned. Plenty of my friends had broken their toes and their visits to the emergency room seemed like a huge waste of time and money. They were told there was really no treatment other than taping the toe to another toe. Wouldn’t it be better to do that at home? 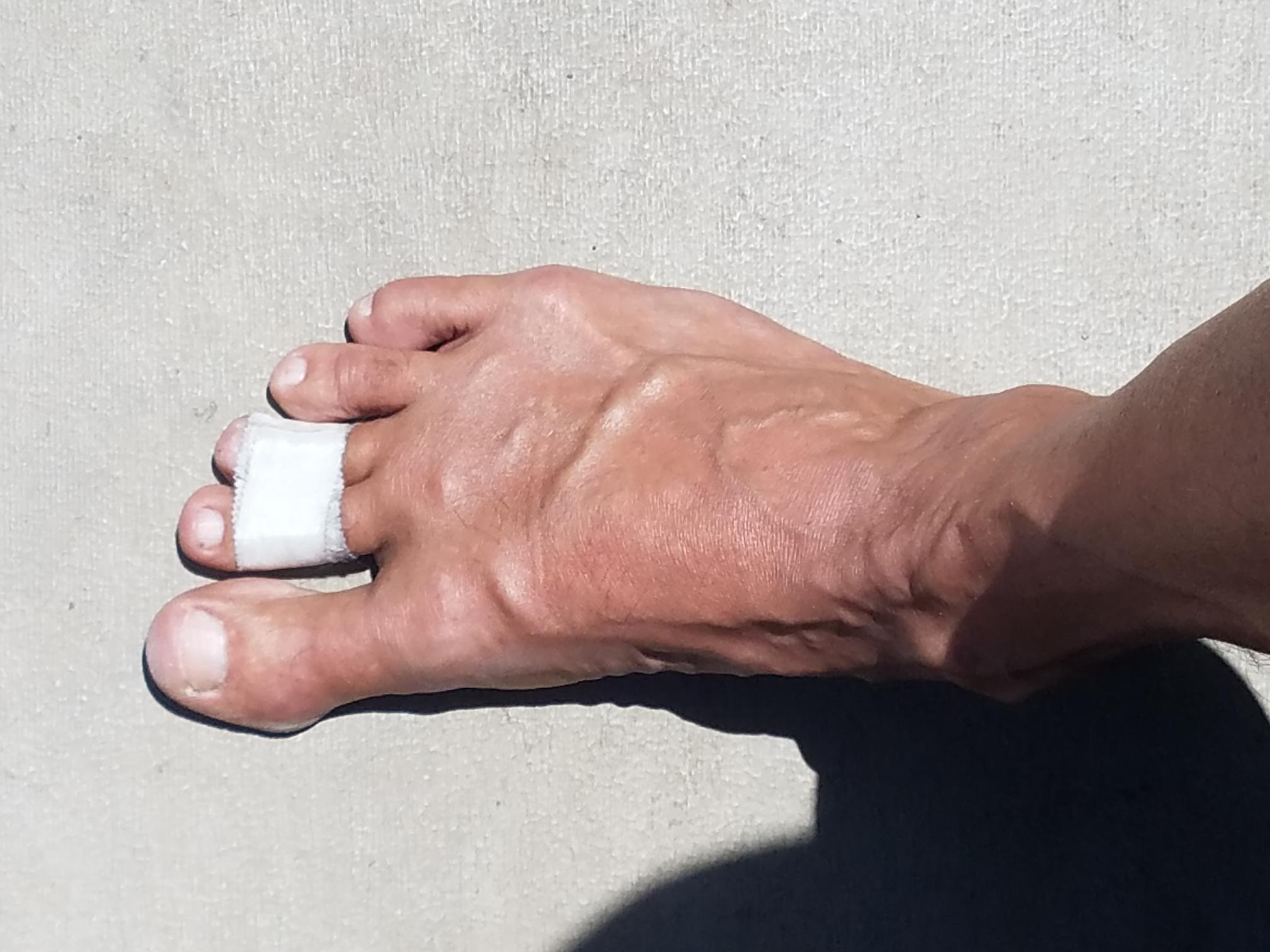 When I explained my home-treatment plan to my husband, he disagreed. “I’m seeing my doctor. If a bone chip breaks off, it can get into my bloodstream then possibly my heart, lungs, or brain.” I looked at my husband like he was crazy. I was sure that this was something he was making up on the spot.

I decided not to argue with him. Besides, he had a doctor appointment the next day for a regular check-up and there was no harm in having his doctor check it out. I was sure that she would tell my husband that he was crazy and that I would be right and she would tape up his toe and we would be on our way. I made him a bet that that I was sure the doctor would settle in my favor.

A Broken Bone Can Be Deadly

My husband’s doctor is a matter of fact woman who does not coddle hypochondriacs. When it comes to settling medical bets, she is the go-to person I trust the most. Imagine my surprise when she began nodding her head “yes” when he explained his seemingly outrageous concern.

She explained that if a broken bone is in the correct position and held intact, it will heal properly, no harm no foul. However, if the broken bone is off by just a little bit, pieces of the bone, bone marrow, or fat could become dislodged and end up elsewhere in the body.

“Any broken bone is very serious. I recently had a patient with a broken toe. She came in and saw me and I recommended an x-ray. She decided to treat the toe at home. Two weeks later, she had a stroke. Do not take these things lightly. It only takes a few minutes to get an x-ray just to be safe.” (Follow this link for an explanation of how that can happen.)

Stroke is the number 5 cause of death in the United states. My father had a stroke at the age of 46 which lead to the permanent disability of never being able to talk again. When I heard what my husband’s doctor had to say, we immediately left her office and got his toe x-ray'd.

I don’t mind being wrong. I had no idea how serious a broken bone could be, even a toe. We are still waiting to hear the results of his x-ray. Please, if you suspect a broken bone, don’t delay, see a doctor right away!

Click HERE to return to the Sane Health page.