Do You Ever Feel Cursed?
By Melissa Halsted 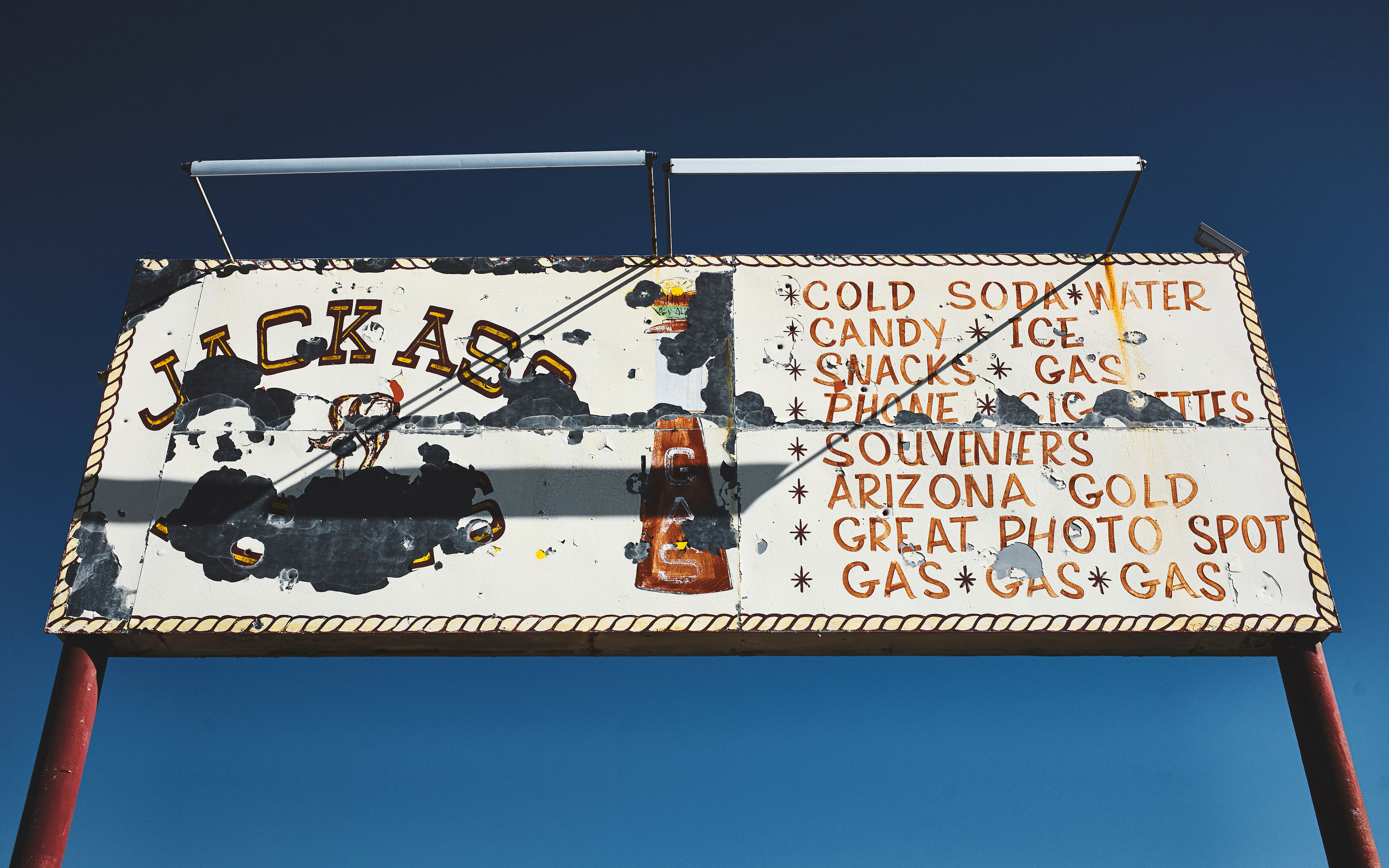 “We are not here to curse the darkness, but to light the candle that can guide us thru that darkness to a safe and sane future.” ~ John F. Kennedy


For years, I had a “cake curse.” Every time I tried to bake a cake the edges would burn and the middle would be a puddle of cake batter. Or a huge bubble would form in the middle of the cake while I was baking it and deflate the minute I pulled it from the oven leaving a deep cavern.

To this day, I have a “white clothing curse.” No matter what I do or precautions I take, whenever I wear white, something red seemingly attacks it and the item becomes forever stained.

My friend’s sister had a “jello curse.” Every time she would make jello, it would remain soupy or have what appeared to be rocks growing inside.

The weirdest and most annoying curse that ever befell me was the dreaded “drowning cellphone curse.” Every cell phone I owned during this several-years-period-of-time met with an untimely death due to coming into contact with water.

The first time it happened, I had my cellphone in my pocket while I was cleaning out my hot tub and it fell in the water and drowned. The next cell phone I owned was left outside and a freak rainstorm killed it. My next new cell phone vibrated off the kitchen counter into the sink filled with dishwater.

The new cell phone vibrated off the bathroom sink into the toilet like a projectile. I began to take precautions like never putting my cell phone directly on a sink and never using vibrate. The day I knew my curse was real was when despite my precautions, my cell phone met with a freakish untimely death.

I had to use the bathroom at the movie theater and used the handicap stall. I put my purse on the sink equipped with a drinking fountain, inside the stall, and sat down on the toilet. As soon as it became impossible to stand up or do anything a fountain of water shot from the sink faucet directly into my purse on the face of my cell phone. My purse had tripped the automatic faucet and the person who previously used the sink had turned and left on the water fountain. 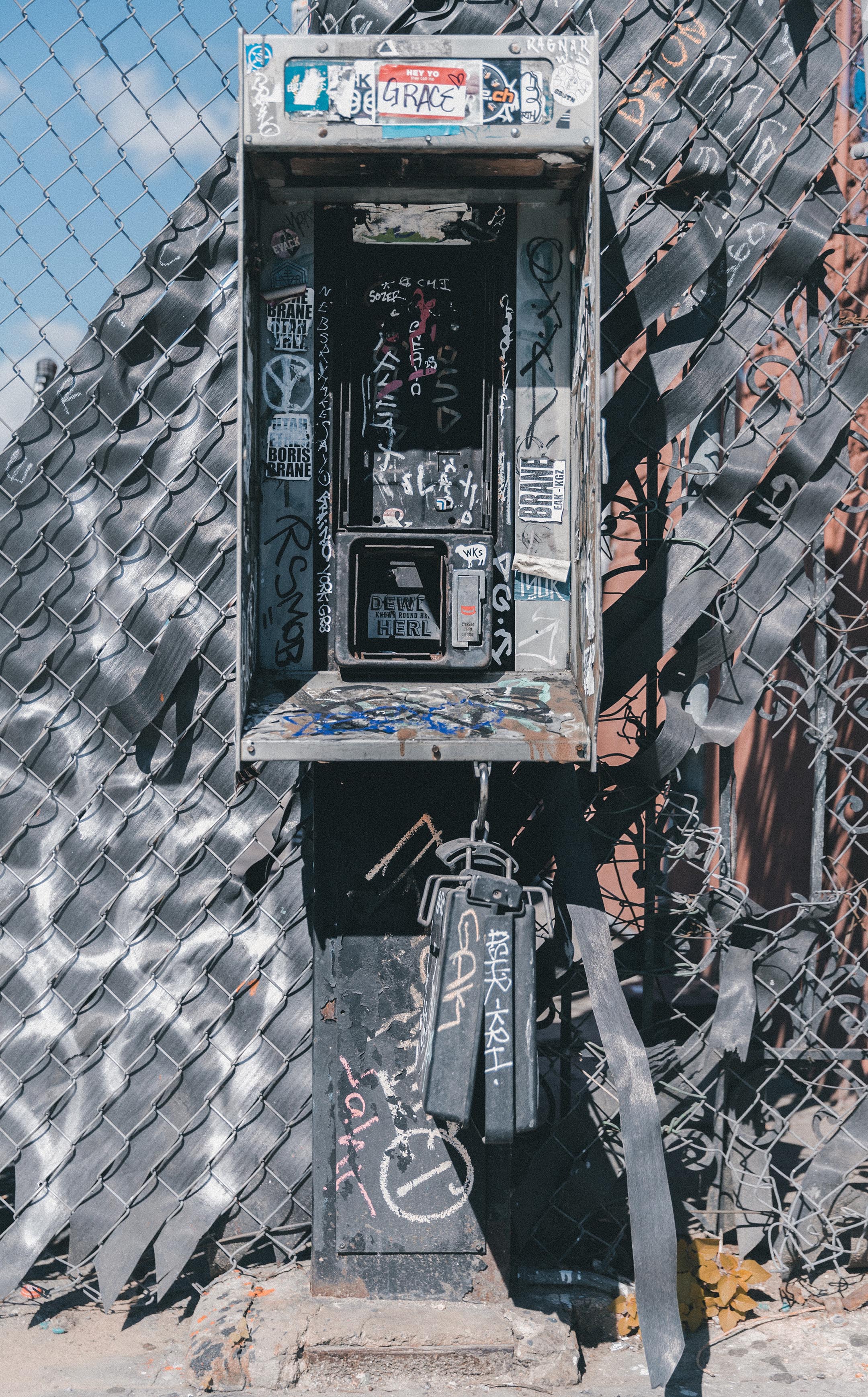 Despite what you experience, despite what you feel, many times what seems like a curse is in reality a self-fulfilling prophecy. Before you start thinking that this is a “blame the victim” mentality, don’t!

[1]In 2008 University of Toronto did a study which showed that expecting to be treated with prejudice may be part of a self-fulfilling prophecy. The researchers created a slide show using a series of animated male and female faces which morphed from looks of rejection and contempt to looks of acceptance. Participants were asked to identify the point at which the expressions changed.

“Those female participants who told us men stereotyped them and treated them with prejudice saw rejection and contempt on the animated men’s faces more readily and for a longer period of time than they did on the women’s faces,” explained lead author Dr. Michael inzlicht, assistant professor at U of T. “This shows that a person’s level of sensitivity to being stereotyped, their expectation that a person will behave prejudicially towards them, may distort their perception of reality.

Dr. Inzlicht was quick to warn against victim blaming in this case. “These prejudice expectations come from actual experiences of prejudice so it’s very possible that the women who are vigilant for rejection are in fact more likely to objectively experience prejudice in everyday life.”

You see, self-fulfilling prophecies don’t have to originate with the person who actually experiences something negative repeatedly. Communication between diverse populations have an impact.

“We’ve always known that stereotyping by dominant groups can negatively impact communications within groups,” Inzlicht said. “This study shows it’s also important to consider how the expectations and perceptions of marginalized groups can impact relations. Both sides play a crucial role.”

Research shows that our own negative prophecies have a much higher impact on outcomes than previously estimated. Even more surprising is that other people’s negative beliefs can influence behavior. 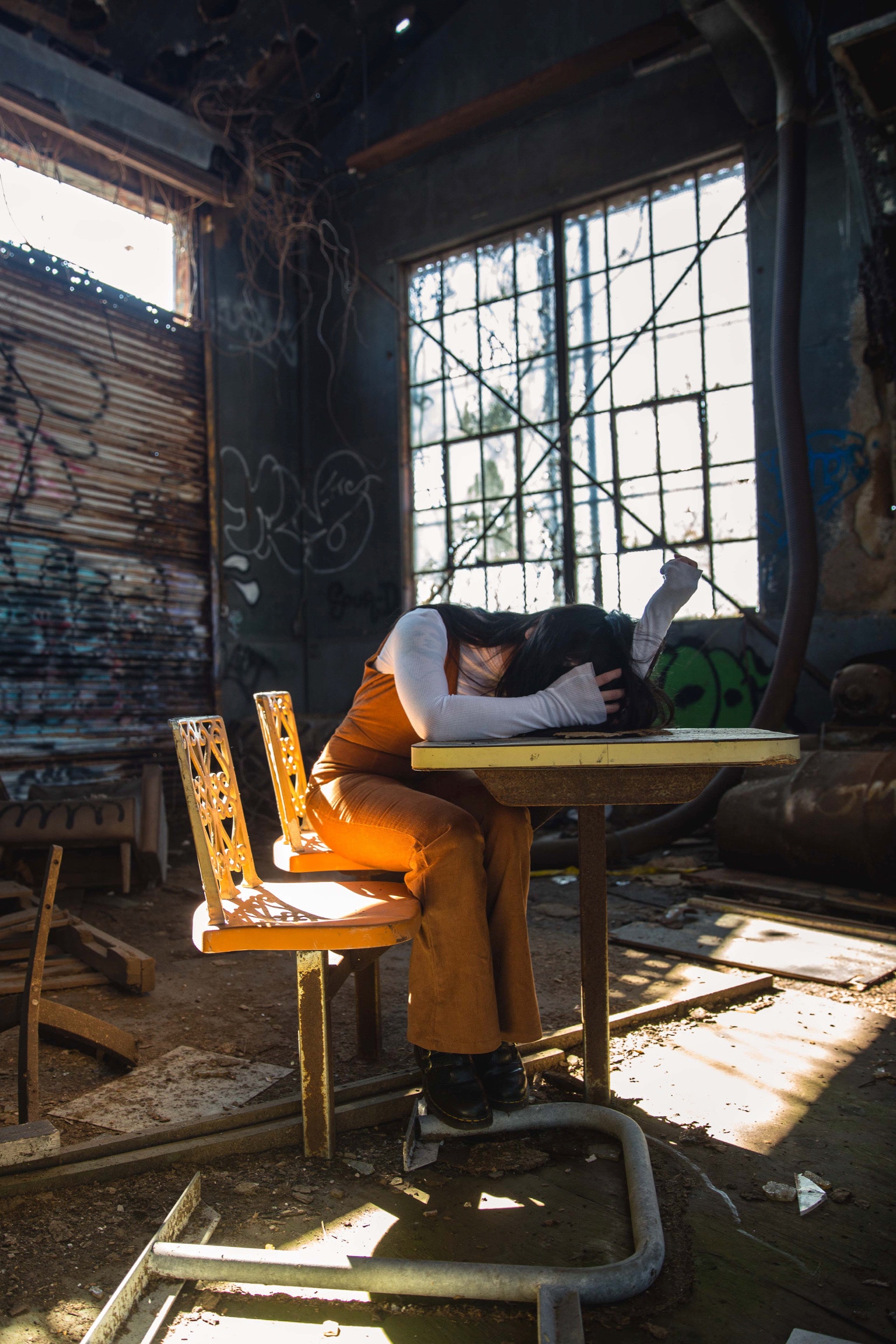 What does this mean in plain English? When you hear something negative, your brain likes to store that info much more readily than something which is positive. When people around you hold a negative belief about you, this can influence your behavior and outcomes.

Why does this happen? It is a survival tactic of human beings. It helps us to navigate our surroundings and situations for danger. The problem is that it takes these negative beliefs and sometimes turns them into a reality when in fact, nothing negative is happening. Maybe it’s not a curse.

If this is true, I was expecting to probably make a shitty cake and lo and behold, my cake fell. I just knew my cell phone would drown, so I subconsciously set my purse near the automatic drinking fountain on the handicap sink.

Ok, so some of this sounds ridiculous. Of course, I had no idea that there was an automatic drinking fountain the same way I didn’t know that the men I worked with at the stock market would be jerks to me every. single. day. So, is the self-fulfilling prophecy theory true?

Here is my opinion and takeaway. I have had my lion’s share of negative things that have happened to me, so I would describe myself as hypervigilant. I have experienced discrimination on the job for being a woman. I was negatively stereotyped by my dad. I was told that I would not amount to much, I was a flash-in-the-pan, I was weird, blah blah blah. Who fucking cares?

These things have influenced my opinions and interactions from time to time. I am positive that negative opinions influence other people in negative ways as well, just not all of the time. With awareness comes freedom. 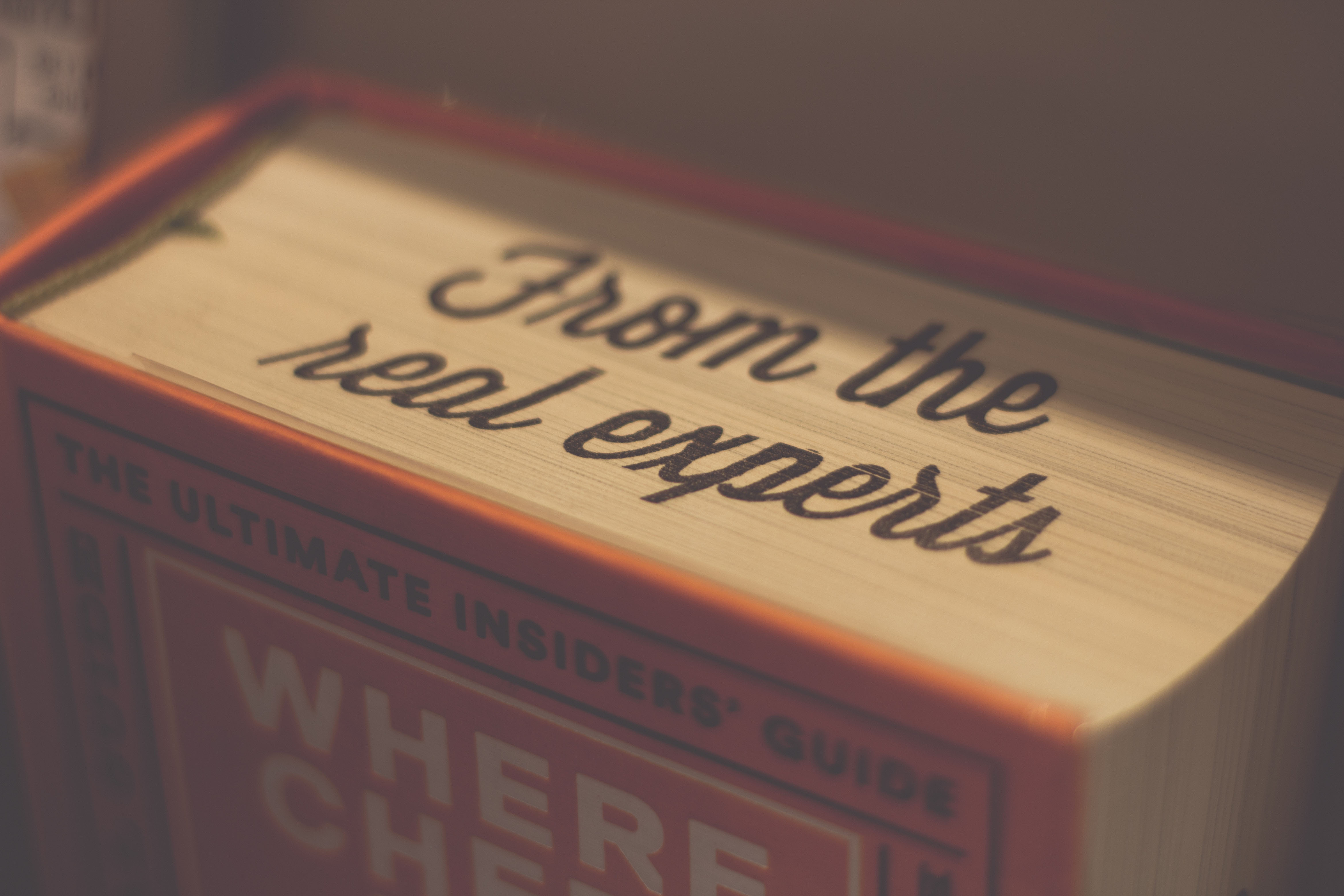 Remember, knowledge is power and if you know that these things are what may be causing some parts of your life to become negatively impacted, the battle is half won.

Here are some things I have done to correct these self-sabotaging subconscious beliefs:

·       Acknowledge that I have negative beliefs (yes, even the ones that are backed up with bad things that have happened to me.)

·       Confront these beliefs with a game plan to overcome these problems.

·       Remove the words “always” and “never” from my thinking process concerning these issues. These semantic absolutes tend to keep us rigid in the negative belief cycle.

·       Visualize the future in a positive way. This sounds cheesy but it works. Trust me on this.

·       Demand nothing less than respect. This starts with me. I have to respect myself and then I must expect and remain firm in my resolve that I will receive nothing less. In my case, I model the behavior I want to receive. If I don’t receive the respect I deserve, I remove myself from that situation. 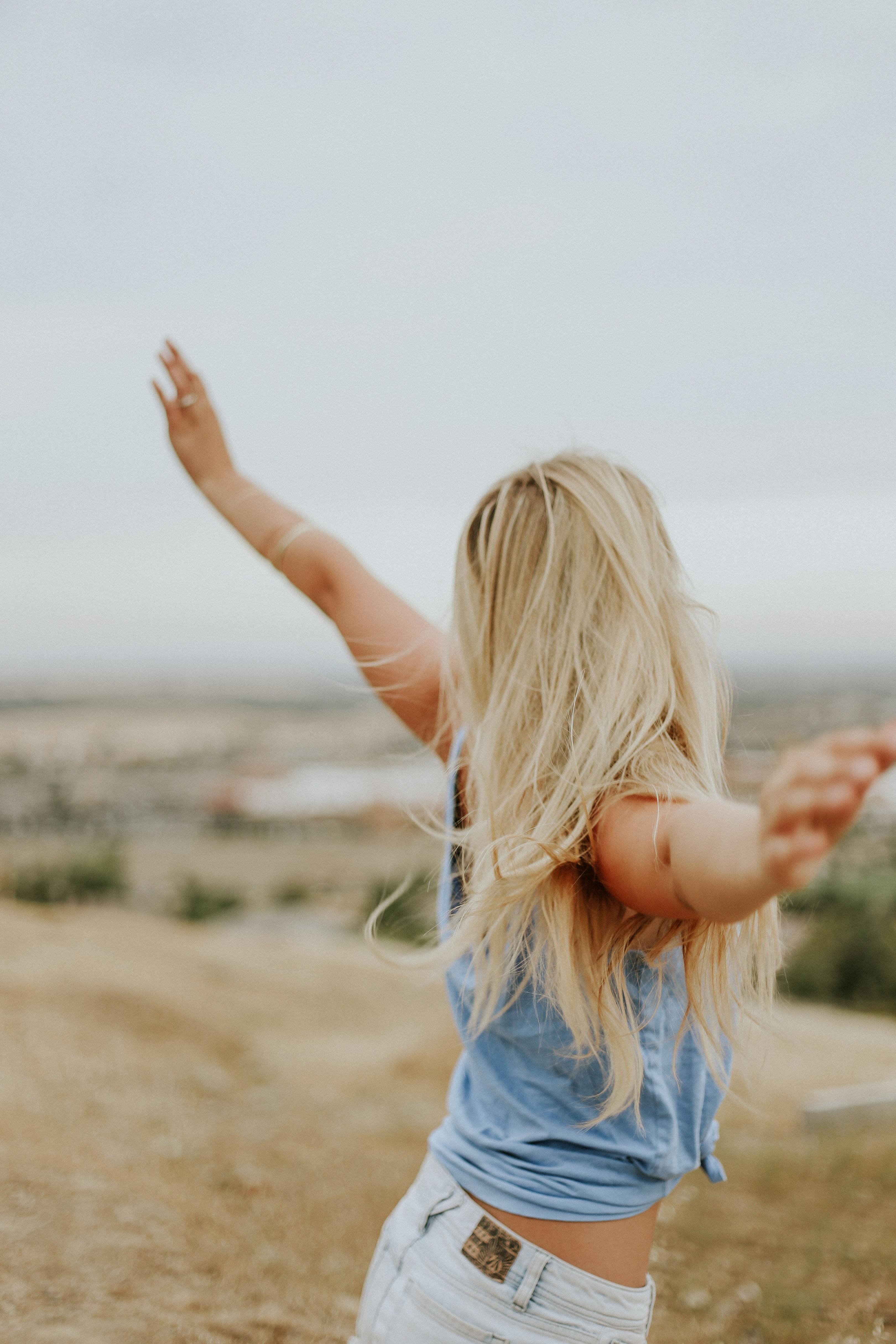 There are always extreme circumstances and none of this will have any relevance. I understand. Believe me, I have been there. Yet in some situations, some of these solutions will be relevant and I want you to give them a try if possible.

So, the answer to, “Do you ever feel cursed?” is probably, “Yes.” But the truth may be more complicated.

Click HERE to return to the Sane Wisdom page.